A celebrity can sometimes be weird. His fan can be weirder than that. But what happens when both of them collide? Does the weirdness cancel each other? Or does the weirdness spawns hilarious encounters?

1. She Wasn’t Leaning In For A Peck On The Lips Brand!

Talk about misreading the signs!

2. John Stewart Is Just Isn’t In The Mood For Peace Signs.

They have to do the same thing over and over again. No wonder he’s pissed.

3. Why Didn’t You Warm Him About The Double Flash? How Could You Do This To Him? 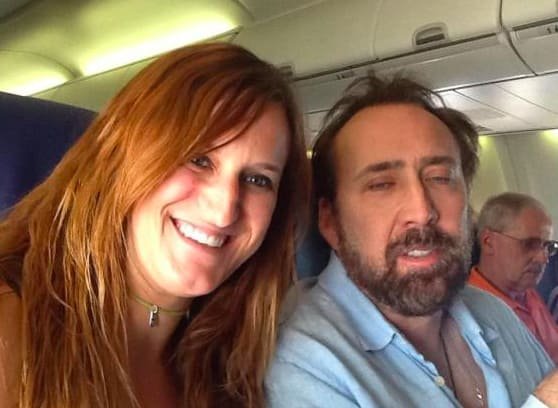 Or maybe Nick had too much to drink.

4. Oh Wow. Look, A Superman Shirt Under Your Formal Clothes. Look How Surprised I Am By That Completely Original Trick. NOT!

5. Hugh Grant Looks Like He’s Had Enough Of It.

Probably the most awkward celebrity fan encounters ever!

6. Did Peter Andre Ask For It?

Why does the fan take it to the extreme and makes the celebrity feel awkward af?

7. Britney Spears? Looks Like Britney Fears This Man To Me.

Or maybe it’s that disaster of an eye makeup she’s wearing.

8. One Of These Two Is Having The Time Of Their Life. The Other One’s Katy Perry.

“Is math related to science?”

9. This Guy Goes Around Pranking Every Celebrity He Can Get His Hands On And His Antics Makes Those Encounters Super Awkward.

But Leo is a sport and went along with anyway.

10. Where Are You Hands Biebs? Stop It Right Now Beibs!

What do you think?

Get the best content delivered straight into your inbox!

Your password reset link appears to be invalid or expired.